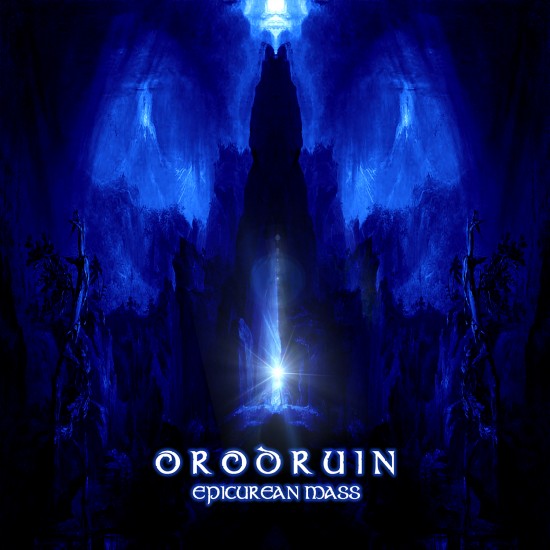 Orodruin’s 2003 Epicurean Mass debut was a harbinger of things to come. So formidable that it took the band 16 years to release its Ruins of Eternity follow-up, Epicurean Mass paved the way for a resurgence in mournful, riff-laden Black Sabbath and Saint Vitus-styled doom. Doom was taken back to its earnest, dark roots, casting aside the occasional pomp and image-first angle that was emanating across the ocean. Eighteen years after its release, Epicurean Mass is finally getting the vinyl treatment as part of a benefit for stricken Solstice guitarist Rich Walker.

Recorded at The Space Recording Studio in Ontario, New York from May to June 2002, the original Orodruin lineup — Mike Puleo (vocals/bass), Mike Waske (drums), John Gallo (guitar/organ) and Nick Tydelski (guitar) — created eight weathered, churning, ultra-heavy songs that brimmed with atmosphere. In an ode to Epicurean Mass’s many memorable song titles, Gallo remembers the album as being “pierced together by cruel winds of war cries and peasants’ laments, as the mounting feast erupted, we paid our dues to the lords of doom and are forever grateful for the wisdom we gained!” The experience, as Gallo recalls nearly 20 years after the fact, was also “magical and new.”

Epicurean Mass fast-tracked Orodruin onto the global doom scene. The album’s original February 7, 2003 release on PsycheDOOMelic Records was followed by the band’s live debut at their own Born Too Late festival that also featured the likes of Penance, Revelation, While Heaven Wept, Pale Divine, The Gates of Slumber, Unearthly Trance and Soulpreacher. A United States tour with The Prophecy and Mourning Beloveth followed, and, in 2004, Orodruin made their first European trek in support of Penance.

The vinyl re-release of Epicurean Mass holds a special distinction for Gallo and his bandmates. Rich Walker was one of the band’s staunchest supporters — going out of his way to name-drop Orodruin whenever he could. This is a very limited re-release — doom-mongers old and new would be wise to not let this one slip by! 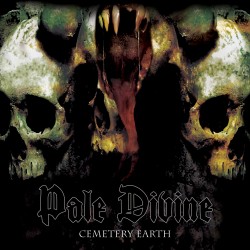 PALE DIVINE "Cemetery Earth" DLP
By 2007, Pale Divine had released two full-lengths, 2001’s Thunder Perfect Mind and 2004’s Eternity Revealed. While both were well-received due to Pale Divine’s earnest, authentic and time-honored brand of 1970s-inspired doom, the band felt their best work still lay ahead of them. When Pale Divine entered Polar Bear Lair in Middletown, Maryland in 2006 with producer/engineer Chris Kozlowski, they had created ten songs (including a brief ins..
22.00€
Ex Tax:22.00€
Add to Cart
Add to Wish List
Buy Now
Quickview 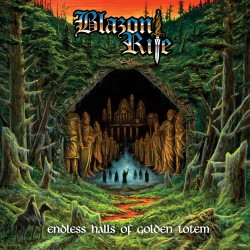 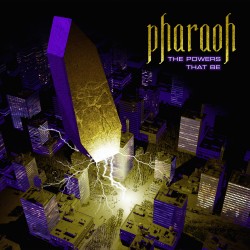 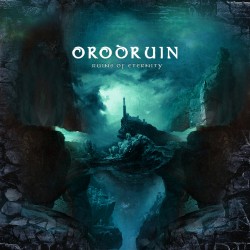 ORODRUIN "Ruins of Eternity" CD
PRE-ORDER!The wait is finally over! American doom legends Orodruin return with their first studio album in 16 years, the masterful Ruins of Eternity. One of the most highly-regarded names in American doom metal picks up where they left off from their classic Epicurean Mass debut with Ruins of Eternity, an epic showing time-honored and epic doom! RELEASE DATE: OCT 25..
13.00€
Ex Tax:13.00€
Add to Cart
Add to Wish List
Buy Now
Quickview

ORODRUIN "Ruins Of Eternity" LP
Black Vinyl, Insert, Download Card.The wait is finally over! American doom legends Orodruin return with their first studio album in 16 years, the masterful Ruins of Eternity. One of the most highly-regarded names in American doom metal picks up where they left off from their classic Epicurean Mass debut with Ruins of Eternity, an epic showing time-honored and epic doom! ..
15.00€
Ex Tax:15.00€
Add to Cart
Add to Wish List
Buy Now
Quickview 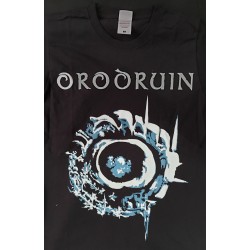 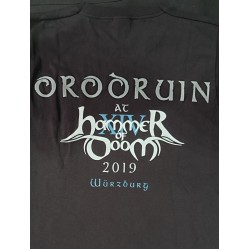 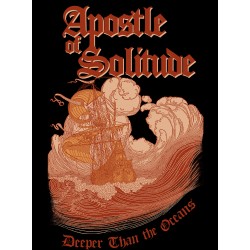 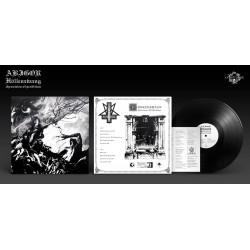 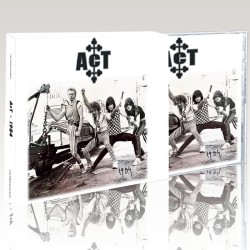