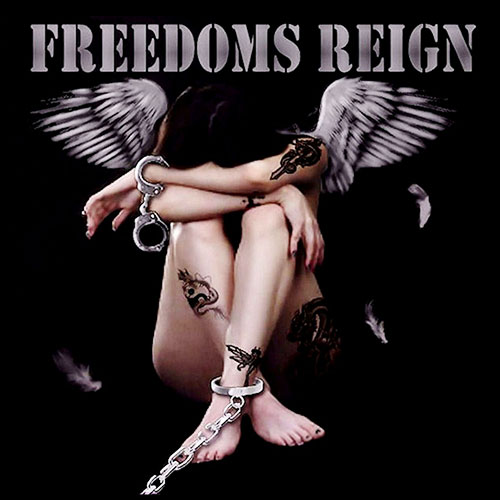 We are happy to announce the release of FREEDOM’S REIGN CD, Victor Arduini (FATES WARNING‘s founding member and original guitarist) return under the heavy metal spotlight 26 years after his departure from the scenes. Keeping his original, charismatic and unmistakable guitar-style untouched, Arduini has put together a notable effort of true American-styled heavy metal with a classic Ozzy/Sabbath’s flavor. The above is the final artwork.

The CD will be available for pre-orders from the end of April.

The group, which features Arduini on lead vocals and guitar, Tom Vumback on guitar, Mike Jones on bass and Chris Judge on drums, recorded the new album at Dexters Lab Recording in Milford, Connecticut with Nick Belmore (TOXIC HOLOCAUST).

States Arduini: “FREEDOMS REIGN is right where I want to pick up from where I left off. This music feels as great to play as it did when we recorded ‘Spectre’. It still means something to do this, and I don’t think I’ve ever been a part of anything better.”

FREEDOMS REIGN‘s musical direction is described as “very powerful [with] heavy riffs which hark back to the old FATES” material.

A five-song FREEDOMS REIGN “sampler” video can be seen below.