Cruz Del Sur Music is proud to announce the signing of American metal legends ATTACKER! The label will release the band’s next studio album sometime in 2022.

Originally formed in 1983, ATTACKER burst onto the scene with their 1985 debut, “Battle At Helm’s Deep”, an LP many consider to be one of the first pure American power metal albums. The band released “The Second Coming” in 1988 before splitting the next year. ATTACKER returned in 2001 and has since released four additional studio albums and one EP, the latest being 2018’s “Armor Of The Gods” EP.

ATTACKER made contact with Cruz Del Sur Music through a mutual friend of the band and the label. “We corresponded for a few months and struck a deal for the next ATTACKER album,” says drummer and founding member Mike Sabatini. “We are looking forward to this new partnership!”

In related news, vocalist Bobby Lucas has since rejoined ATTACKER. According to Sabatini, a conversation about the recent “Godzilla Vs. Kong” movie got the two men talking about working together again, and, more importantly, what a strong unit they are. Vocalist Ski, who appeared on the recent “Spiritual Warfare” single, had recently informed the band that he did not have the time needed to fully commit to ATTACKER.

“With all the stuff the world has gone through the last year and still going through, we all grew in our understanding of what’s important and what’s not important,” says Sabatini. “It’s definitely a nice feeling. Bobby truly is the best voice for this band. Add to that how excited we all are for new beginnings working with Cruz Del Sur and it makes life that much sweeter. The band and I are very much looking forward to continuing work on the new album material for a 2022 release”

ATTACKER plans on concluding the writing process for their next studio album by the end of the summer. The band will then enter Bandmother Recording in Jersey City, New Jersey, with Sabatini handling engineering duties. “The new material will have more diversity,” he says. “Brian Smith [bass] and Jon Hasselbrink [guitar] have contributed music for the very first time. Mike Benetatos [guitar] had written most of the last few albums so the injection of different ideas will add some new flavor to our sound. Mike is a little more of a technical writer whereas Brian and Jon’s material adds a little more old-school classic feel which is where we all came from musically. I think fans of the band will be pleased.”

Active for nearly four decades, ATTACKER has long been a staple of the American power metal scene. They also remain a highly-respected cult act in Europe, something that continues to drive them to this day.

“We were fortunate to have come up when the metal explosion was happening and be part of this great thing that occurred and is still occurring,” says Sabatini. “Heavy metal and hard rock is the music that speaks to me and resonates within me. Listening to the classic metal bands that got me on my path still sends chills up my spine — those types of feelings and love for this music are what keeps me and the band going. Music is in our blood, hearts and souls.

“Another big aspect is the great people we have met since reforming. We honestly had no idea what the bands’ early works meant until going to Europe and hearing from the fans. It was very humbling as we never imagined the impact ATTACKER and other underground ‘80s bands had. I should totally understand it since so many underground bands were part of my introduction to metal back in the early days. We don’t do it for a living — we’re more like weekend warriors. But hey, some people play golf, we’ll play metal until we physically cannot!” 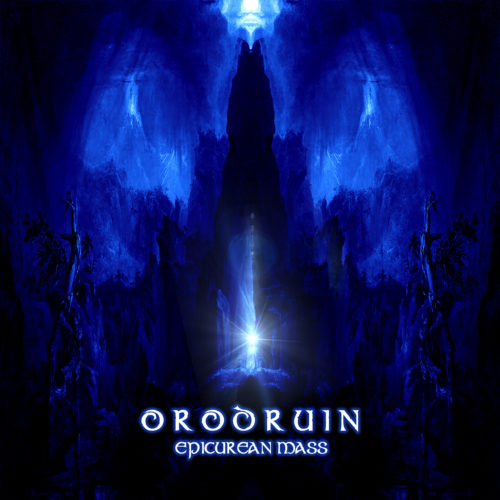 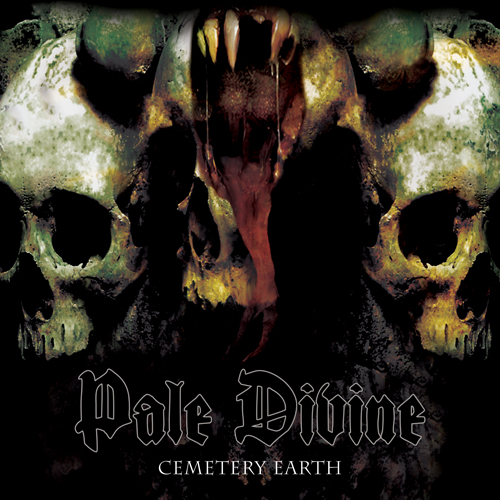 Last summer, the metal community learned that legendary SOLSTICE guitarist Rich Walker needed crucial surgery. WHILE HEAVEN WEPT leader Tom Phillips and a few friends came up with an approach to assist Walker in offsetting his mounting medical expenses: A GoFundMe campaign, series of exclusive compilations and lastly, a collection of hand-picked limited-edition LPs re-releases. Phillips has teamed up with Cruz Del Sur Music to release for the very first time on vinyl, ORODRUIN’s 2003 “Epicurean Mass” debut and PALE DIVINE’s heralded third album, “Cemetery Earth”. The releases will be available in late May.

“These titles are doom metal classics that are long overdue for the vinyl treatment,” said Phillips. “‘Epicurean Mass’ firmly established ORODRUIN as a powerful force out of the gate at the height of doom metal fever. And, ‘Cemetery Earth’ represents the culmination and consolidation of everything PALE DIVINE was building towards — a rock-solid package that was ‘all killer, no filler.

“The premise here was to do our best to make these companions to the original CD pressings rather than rewriting history. However, there were some subtle changes to both records after much dialogue — both to ensure the best LP listening experience possible and also to rectify some details that had always been intended but for one reason or another didn’t happen for the original releases.”

ORODRUIN frontman John Gallo says the band was first introduced to Walker when he reviewed SOLSTICE’s “New Dark Age” album for his “Born Too Late” website in 2000. From there, Walker was a regular advocate of ORODRUIN. The re-release of “Epicurean Mass” holds special significance for Gallo and his bandmates — the album effectively put ORODRUIN on the map and charted the course for the rest of their career.

“We’ll never forget how it opened many doors for us,” he says. “To host the debut Born Too Late Festival and premier our band alongside PENANCE, REVELATION, WHILE HEAVEN WEPT, PALE DIVINE, THE GATES OF SLUMBER, UNEARTHLY TRANCE and SOULPREACHER to having our first United States ‘Doomination’ tour with THE PROPHECY and MOURNING BELOVETH. In 2004, we went out to Europe to support PENANCE along with our label master at ‘psycheDOOMelic’, the man…Mark Hegedus! It was an amazing ride and we even played ‘Doom Shall Rise II’ in Germany! I pray and hope for new exciting adventures with my band of grim-doomed hobbit-foot brethren! May doom rise from the ashes of the eternal flames from the heart of Mount Doom!”

PALE DIVINE’s Darin McCloskey said Walker has been there for the band “since the beginning.” Upon recommendation from Black Tears distribution head Russell Smith, they sent Walker an advance of their debut “Crimson Tears” demo for inclusion on one of Walker’s Miskatonic Foundation “At The Mountains of Madness” compilations. Walker soon became one of the first overseas supporters of PALE DIVINE, something McCloskey will never forget.

“He brought us into what would grow to become a doom metal family,” says McCloskey. “Rich always held true to his convictions and had no time for nonsense. He was a soldier for truth and integrity in a constantly compromising music scene. He held a quality of standard that oftentimes polarized him from the ‘herd,’ something that he often wore as a badge of honor.”

Now is the time to get your hands albums that have never been available on vinyl — until now. A portion of the proceeds will be donated to Walker’s medical expenses right away.

“The first two stages of our fundraising efforts for Rich have been fairly successful, but the vinyl was always going to help get us over the top,” says Phillips. “These 2021 editions were a team effort across the board. Don’t miss your chance to grab these doom metal monoliths — they’re ‘one-offs’ and, quite frankly, they deserve a place in any respectable collection of the genre!”

US EPIC POWER METAL band ADAMANTIS has released today a videoclip of the song “Voron (The Ravensong)”, taken from upcoming album “Far Flung Realm” to be released on March 19,2021.