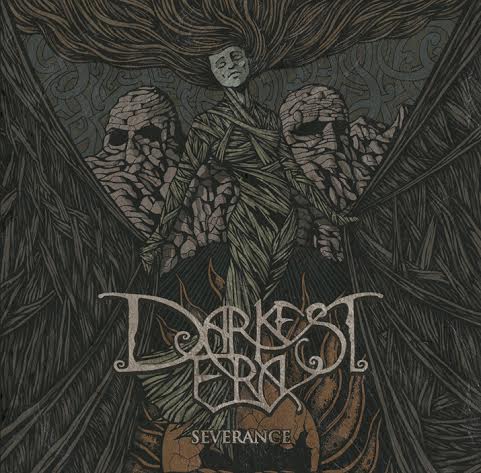 From today, Cruz del Sur Music officially opens the pre-order of DARKEST ERA‘s “Severance”, to be released in United States on June 3rd and in Europe on June 13th in Europe. All orders will be dispatched immediately.

“Severance” features the remarkable artwork of Costin Chioreanu, and was described by Last Rites webmagazine as “the sound of a remarkable band, wholly at peace with itself“. Indeed, all fans of the “Last Caress of Light” will find in Darkest Era‘s latest work a matured band that really feels comfortable having reached the top of their game. With a sound described as “a collision between Iron Maiden, Thin Lizzy and Primordial” – thanks again Last Rites!-, the band is ready to hit 2014 like a storm, first with the release of “Severance”, and then with a UK tour planned for late September 2014. Check them live at these clubs: