Cruz Del Sur Music announces the releases of the long-awaited vinyl version of STEEL PROPHET’s latest album “Omniscient”.
Released in June 2014 “Omniscient” marked the come-back of the legendary originators of US prog power metal, 10 years after their last studio release. 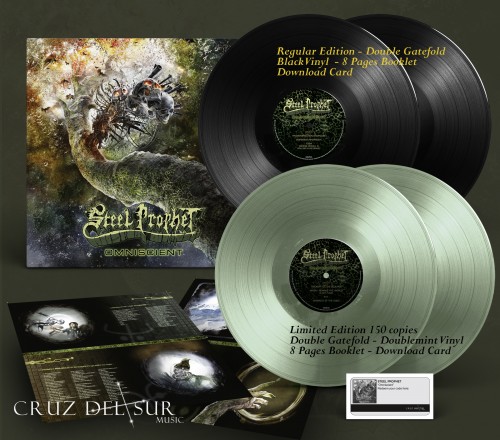 Now available in a limited 500-GATEFOLD DOUBLE LP edition, first 150 copies in DOUBLE MINT VINYL.
Includes 8-page booklet and a download card to get your digital copy as well. 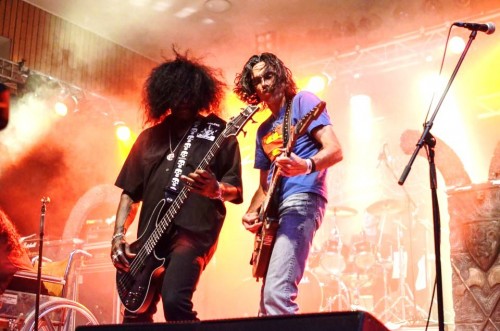 STEEL PROPHET has released today the third video off their new album “Omniscient” which is released in Europe as of now, and will be available next week in the USA.

QUEEN’s “Bohemian Rhapsody” was performed last year at Keep It True with an awesome crowd’s participation and a strong performance of the band. The video reflects the visual magic of that night , and can be streamed from YouTube here:

“Omniscient” features 14 songs for over 60 minutes of progressive power metal glory and it’s actually available in limited edition digibook (available in 10 days) with a 36-page booklet containing the art of Timo Würz and the entire album story/synopsis, and also in a regular, 24-page compact disc and digital editions. The double gatefold LP edition will be released Sept 1st.