Australian psychedelic rock and roll occultists THE NEPTUNE POWER FEDERATION have completed the recording sessions for their forthcoming fourth full-length, “Memoirs Of A Rat Queen”. The album, tracked by bassist Jaytanic Ritual and The Pet Food Factory in Marrkville, Sydney, will be the band’s first for Cruz Del Sur Music and will see the light of day this September.

“It took a while longer than we originally anticipated, which is what we should have expected,” says guitarist Inverted CruciFox. “We try to include a lot of small details that reward headphone-wearing listeners who use our records to travel to alternate dimensions. There has to be enough fuel to accommodate their journey.”

Accordingly, the band’s blend of progressive, metal and space rock will be on full display on their new album, sure to please followers of the band. “It feels a bit different, yet a natural progression, which was the aim,” says CruciFox. “I feel like we have paid our sonic respects to QUEEN, MOTÖRHEAD, T-REX and many others.”

Since The Pet Food Factory is run by Ritual, there is a certain sense of familiarity with the studio’s confines. CruciFox says that other underground acts in Sydney often benefit from “residual magicks leftover by [vocalist] The Imperial Priestesses’ occasional presence there.” Therefore, it is little surprise the rest of THE NEPTUNE POWER FEDERATION takes cues from their imitable frontwoman.

“There are few specific recollections of the process,” notes CruciFox. “We simply present at the studio and swiftly fall under the thrall of the Imperial Priestess who conducts the music through us via mind control. There is a feeling of disorientation and euphoria followed by shock that 12 months has passed and the album is complete.”

With “Memoirs Of A Rat Queen” now in the bag, all CruciFox and his THE NEPTUNE POWER FEDERATION bandmates can do is bide their time until it’s unleashed upon the unwitting metal masses. “We are awaiting the response of the ancient ones — a centuries-old council of mystic faeries who determine which of the new songs shall be added to the set. It’s an unconventional approach, but we stand by our methods.” 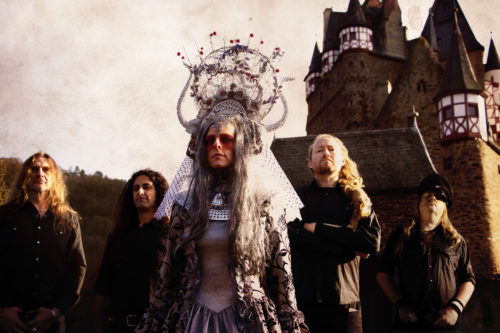 Cruz Del Sur Music is proud to announce the signing of Australian psychedelic rock and roll occultists The Neptune Power Federation.
The label will release the band’s next full-length, “Memoirs Of A Rat Queen”, this September.

THE NEPTUNE POWER FEDERATION and Cruz Del Sur Music decided to join forces after the band’s triumphant appearance at the 2018 installment of the Hell Over Hammaburg festival in Hamburg, Germany. 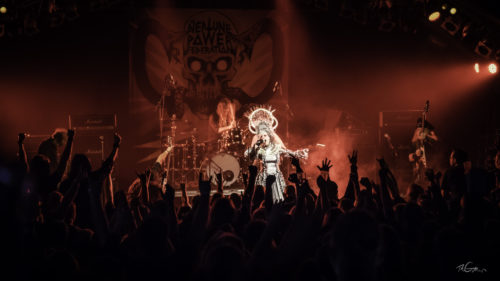