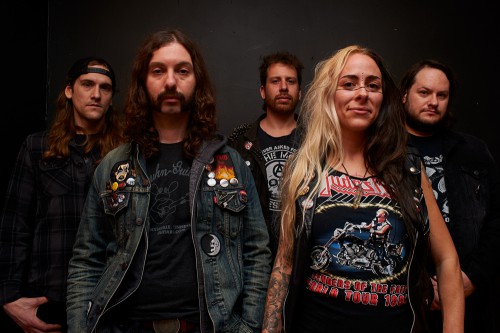 CRUZ DEL SUR MUSIC
is pleased to welcome US Heavy Metal band LADY BEAST in our roster!
Formed in 2010, LADY BEAST has so far released two full lengths (simply entitled “I” and “II”) and an EP (“Metal Immortal”) for French label INFERNO RECORDS.
Authors of an aggressive and fast-paced heavy metal with traditional influences from Iron Maiden, Judas Priest, Acid, and combining killer twin guitars with the energetic presence of vocalist Deborah Levine, the band will soon enter the studio to record “Vicious Breed” to be released in late 2017 in compact disc, vinyl and digital.