The song chosen is “The Stranger”, one of the most catchy yet disturbing tunes of the album; for the visual side we were inspired by the Masters of Horror’s episode “The Fair-Haired Child” which partially depict most of the  upsetting lyrics of the track.

The release of “The Cult of The Vestal Claret” introduced the band to a wider audience thanks to a mature yet in-your-face song-writing. Some of the songs have been already released by Vestal Claret on limited edition split albums, but have been completely re-recorded for the occasion. Featuring the charming vocals of Phil Swanson, Vestal Claret’s sound has been enthusiastically described as  “the jangling melancholy of Trouble, the epic stomp of Candlemass, the creative freedom of Sabbath”, but also raised some controversy in the media  when some songs’ lyrics were described as “nauseating”.

You will not get a better chance to judge by yourself by checking the video clip above or listen to the entire album streaming on bandcamp!

CRUZ DEL SUR MUSIC is proud to announce another prestigious addition to its roster, VESTAL CLARET!

One of the most mysterious and intriguing bands to appear from the American underground in the last few years, VESTAL CLARET is the creature of Simon Tuozzoli and  Phil Swanson (of SEAMOUNT / HOUR OF 13 fame), and play a killer mixture of doom and  heavy metal riffage with a definite penchant for the morbid and sick atmospheres. Are you ready for the ritual to begin? You better go sharpen your krises! 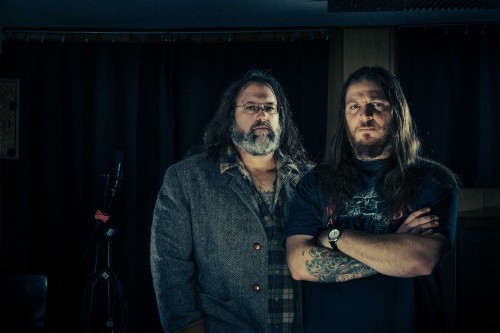 “The Cult of the Vestal Claret” is their second full length album after “Bloodbath” – released in 2011 – and will see the light in April 2014.   Available on compact disc /vinyl / digital formats, this new release will have different track lists.