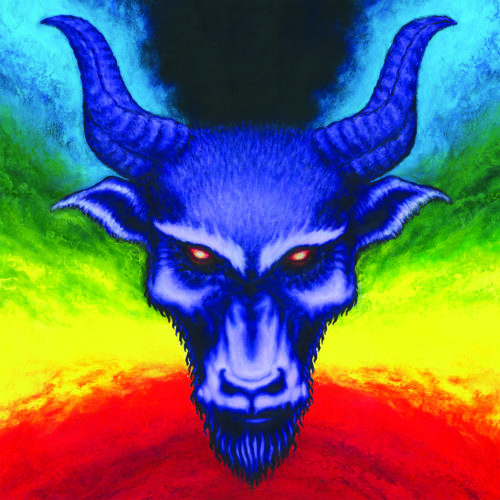 MAUSOLEUM GATE’s past meets their future on “The Demon Age Of Aquarius” seven-inch, which is due for release on early April via Cruz Del Sur Music. Featuring artwork from the unofficial seventh member of the band, Timo Raita, and recorded at Semistimiinuksella Studios in Kuopio, Finland, “The Demon Age Of Aquarius” marks the final MAUSOLEUM GATE release for long-time vocalist V-P Varpula, but also introduces new singer Jarno Saarinen and guitarist Jari Kourunen.

Due to his commitments at Austria’s Opera House Graz, Varpula departed MAUSOLEUM GATE last May. Saarinen was quickly tapped as his replacement and makes his presence known on the seven-inch’s title track. However, in an almost unprecedented move, Varpula gets a proper send-off on the seven-inch’s other cut, “Before The Snake Sneaked In”.

“When we found out V-P’s commitments in Austria would prevent him from continuing in MAUSOLEUM GATE, we immediately got to work in finding a new vocalist,” says guitarist Count L.F. “V-P played his last show with us in June, we added Jarno and Jari after that and spent most of the summer and autumn working them into our lineup. From this, we came up with ‘The Demon Age Of Aquarius’, which was one of the new tracks we worked on.”

The two songs here showcase how multi-faceted MAUSOLEUM GATE has become. While they’re still rooted firmly in traditional metal and ’70s proto-rock, the band is also able to take some risks. “‘The Demon Age Of Aquarius’ is a heavy and groovy SABBATH/old JUDAS PRIEST-type of song,” says Count L.F. “The song is heavier than anything we did on ‘Into A Dark Divinity’, with the possible exception of ‘Apophis’. The lyrics are apocalyptic and demonic — very typical for MAUSOLEUM GATE. Despite the fact that there are new members, it still sounds like MAUSOLEUM GATE. Jari plays a solo here, so he was thrown to the wolves from the start!

“‘Before The Snake Sneaked In’ is an unusually bluesy tune for us,” he continues. “There’s a bit of ZEPPELIN in there and some funky ’70’s stuff, maybe. This is a song that has been with us from the very beginning — our very first lineup played it years back. The lyrics deal loosely with gnostic interpretation of the creation, but more importantly, we see it as a ‘goodbye’ from the old lineup.”

MAUSOLEUM GATE, as is their tradition, has always issued a stop-gap seven-inch between proper studio albums. With Saarinen and Kourunen getting themselves acclimated, there is no better time than now, especially with some live shows on the horizon.

“We have our first gig with the new lineup in late March at Heavy Metal Nights in Helsinki if all goes as planned,” concludes Count L.F. “We’re going to do some more gigs with the new lineup, which will help get the wheels rolling as we start to think about a new album. A lot of exciting things are ahead for MAUSOLEUM GATE!” 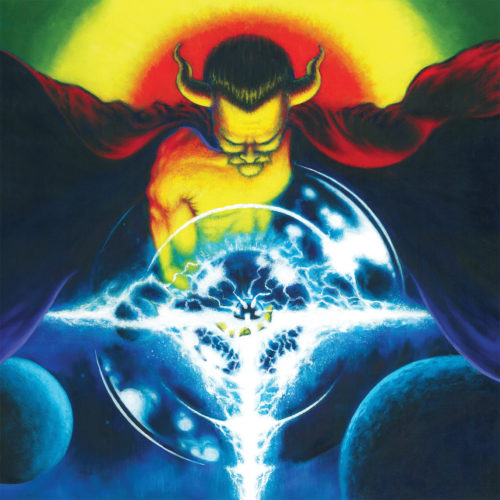