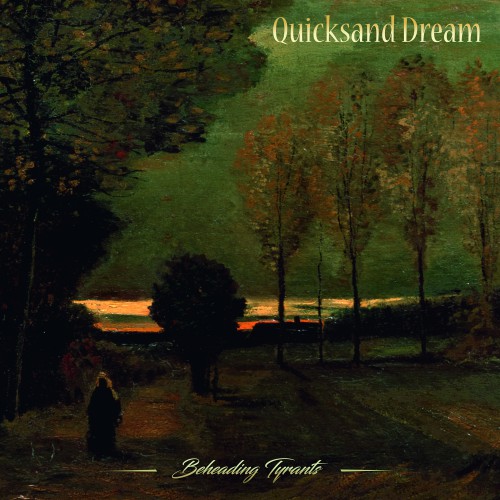 QUICKSAND DREAM is one of those bands surrounded by an aura of secrecy, its name spoken among a selected circle of fans. The strength and beauty of “Aelin”, originally released in 35 CDRs copies and repressed in 2010 by Chris Black’s own label “Planet Metal” (vinyl version on High Roller Records) , built up a loyal and strong army of devotees enchanted by the band’s unconventional and genuine offer.

Through all these years founding members Patrick Backlund (Mortalicum) and Göran Jacobson have kept the flame of QUICKSAND DREAM alive, and now with the help of Henrik Högl and Andreas Häggström are ready to release their second opus.

Cruz Del Sur Music is proud to unveil the secret upon the album and in collaboration with Decibel Magazine to present “Girl From The Island” the first track out of it.

“Beheading Tyrants” will see the light in mid November in Compact Disc, Vinyl and Digital.