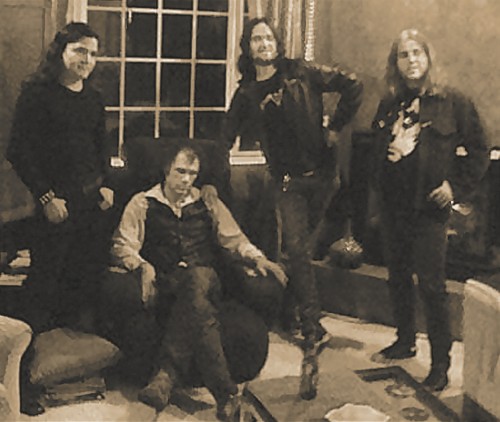 The album will probably take everyone by surprise, as always, when SLOUGH FEG is involved. “The Animal Spirits” appears to be a new step in the eclectic, powerful style choice of SLOUGH FEG, and the artwork will also reflect some changes. Unlike their previous releases, the artwork will be more simple and immediate to fit the album atmosphere better…

This is the tracklist:

As previously announced, SLOUGH FEG will be appearing at the 2011 edition of HEADBANGERS OPEN AIR in Germany and is looking for some more dates to wrap around this festival appearance in order to promote “the Animal Spirits” in Europe. Interested European promoters are invited to get in touch with Cruz Del Sur Music with their offers.