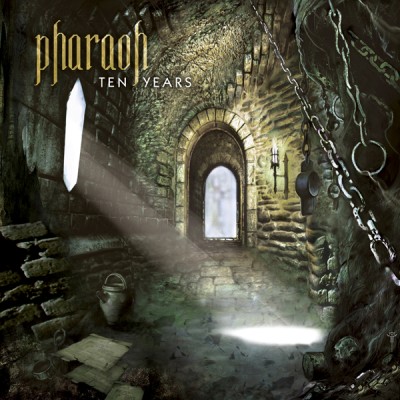 Ten Years Track Listing:
1. Ten Years
2. When We Fly
3. White Light
4. Reflection and the Inevitable Future
5. Nothing I Can Say
6. Tormentor

In addition to the release of the EP in June, PHARAOH are also currently immersed in the recording process of their fourth full-length album, set for release later this year. More details on the pending album will be released in the coming weeks.

PHARAOH is featuring the vocal skills of vocalist Tim Aymar (Control Denied), drummer Chris Black (Dawnbringer, Superchrist, High Spirits, ex-Nachtmystium), bassist Chris Kerns, and guitarist Matt Johnsen (Fool’s Game, Dawnbringer). Soon a pre sale date will be set and you will be able to purchase your copies trough our webstore… more details will be released as soon as they become available!!