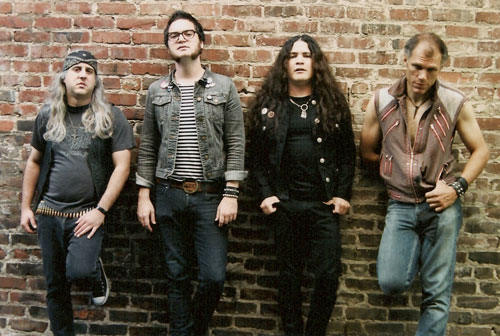 We are finally able to confirm that, after much planning, SLOUGH FEG will be back in Europe to play an actual tour around their participation slot to Germany’s Headbangers Open Air Festival at the end of July. SLOUGH FEG will use this opportunity to play a string of other shows in Ireland, Germany, the UK, and for the first time Portugal, and Holland or Northern Italy as those dates are still to be confirmed.  There is no booking agency involved, and Cruz Del Sur Music has been helped by promoter friends in the different countries to set up the shows, despite the dreary July/August period. As it looks so far, this is the schedule of SLOUGH FEG 2011 European Tour:

Great news is the participation of British legend SOLSTICE for the UK dates… such a line-up is guaranteed to raise some heads, despite the summer festivals, heat and holidays. More details regarding venues, support bands and the few remaining gigs to be confirmed will be announced on Cruz Del Sur Music‘s website as they become available during the next few weeks. For the moment, stay tuned and get in touch if you live in the areas, and would like to join our street team promoting the shows trough your channels.