Michael Grant was a great singer.
Pretty sad, the few criticisms CRESCENT SHIELD ever received were due to the tone of his voice which seemed to divide fans and critics in half. Some simply didn’t liked it.
But in my opinion he was one of the greatest singer I have ever heard.  His voice was passionate, powerful and strong. Able to sing the heaviest Metal song as to indulge on melody. With Dan DeLucie they made the perfect couple, two friends, two extremely talented guys with a strong background in Metal.

I met Michael just once, when Crescent Shield played Keep It True in 2008. He was very friendly and didn’t stop thanking for the chance of playing in Germany that Oliver and us had given the band. He was a Giant, but his soul and his manners were gentle.

“You were born, you live, you die. Make sure that you live with greatness”.


These were his words to introduce “Lifespan” at Keep It True.

Michael, I am sure you lived your life with greatness, and so will always be remembered.
My most sincere condolences to his family and closest friends. 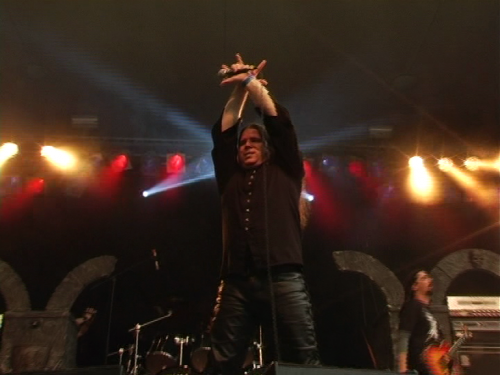 2 thoughts on “In memory of Michael Grant”