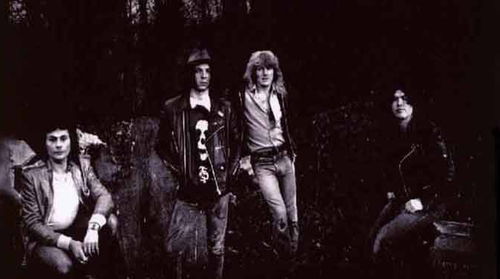 After many delays we’re finally proud to announce that the official release date for PAGAN ALTAR’s “The Time Lord” CD EP has been confirmed for the 13th of July 2012. Pre-order your copy clicking on the button below!!

Cruz Del Sur Music is releasing this much anticipated EP for the European market in collaboration with Shadow Kingdom Records, which is responsible for the American edition. “The Time Lord” CD Ep features  PAGAN ALTAR‘s early material, written and recorded in between 1978 and 1979 across different studios, and later saved for posterity on cassette tape, the top quality audio standard at the time.

This release sees the light of day on CD format for the first time ever, having been  previously released as vinyl-only editions. The genuine 4-track original recording has been specifically remastered for the best CD sounding results.

“The Time Lord” is just the first in a series of re-releases of the entire PAGAN ALTAR’s back catalog.  These will hit the streets before the end of the year, together with the long-expected new studio opus “Never Quite Dead”.

Pre-orders of “The Time Lord” CD Ep will start today, Tuesday 26th June, and products will be shipped from July the 4th.