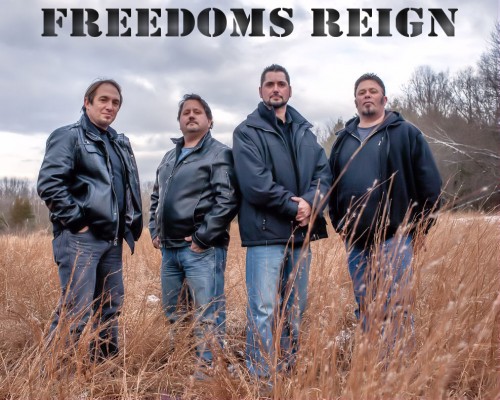 CRUZ DEL SUR MUSIC is pleased and extremely proud to have signed a deal with FATES WARNING’s original guitarist and founding member Victor Arduini for the release of Arduini’s new band FREEDOM’S REIGN.
FREEDOM’S REIGN marks Arduini’s comeback to the Metal world since he left Fates Warning after the release of “The Spectre Within” in 1985.
Keeping his original, charismatic and unmistakable guitar-style untouched, Arduini returns under the spotlights with fresh enthusiasm and dedication, producing a notable effort of true American-styled heavy metal with a classic Ozzy/Sabbath’s flavor.

FREEDOM’S REIGN was introduced to Cruz Del Sur by long-time friend and “occasional A&R” Tom Phillips (While Heaven Wept) who said about F.R.’s music: “I think Freedom’s Reign would be a welcome addition for anyone into classic heavy rock, early Fates fans,  those into both the recent proto-metal movement, and the wave of classic metal bands that evolved on the outer fringes of the doom scene!”
Besides Arduini (guitar/vocals) , FREEDOM’S REIGN also consists of Tommy Vumback -(Guitars), Michael Jones (Bass) and Chris Judge (Drums).
The release of Freedom’s Reign self-title debut is set for April 30th to celebrate the Walpurgis Night that originally influenced Fates Warning to release their “Night on Bröcken” debut exactly 29 years ago…