UK traditional Heavy Metal band DARK FOREST will hit the studio again in April 2016 to record “Beyond the Veil”,  the follow-up of their acclaimed “The Awakening” release.

For the album artwork the band has successfully hired the skills of Duncan Storr, known gor having worked and produced some beautiful artworks for Skyclad, Rage, Hawkwind, Elixir etc.

The album is set to be released in late summer 2016.

“Beyond the Veil”’s cover artwork and track list will be revealed soon! 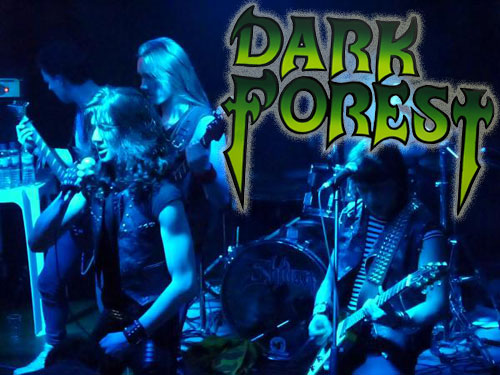 DARK FOREST “Dawn Of Infinity” is offered in pre-order now, and will hit the streets worldwide on October 7th 2011.

Since formation in 2002 by guitarist Christian Horton and bassist Dave Batham, Dark Forest has constantly evolved and developed and continues to do so, combining a strong appreciation for the classical with the full blooded sound of a distinctly English brand of heavy metal. Dark Forest offers a technical yet fiercely passionate brand of music that defies categorization and all the stereotypes of the genre. END_OF_DOCUMENT_TOKEN_TO_BE_REPLACED