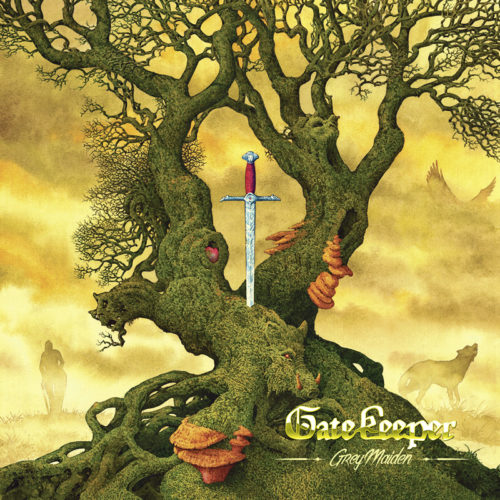 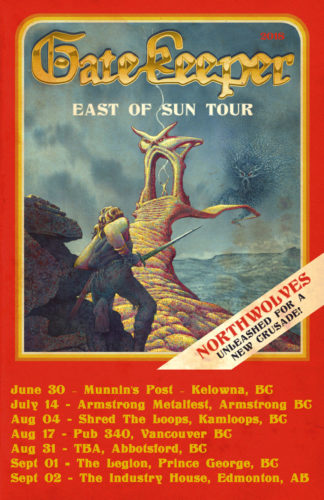 The anticipation for GATEKEEPER’s first full-length album “East Of Sun” grows by the day, with pre-orders going fast and some limited edition vinyl prints already sold-out. Such a response leads perfectly into the band’s planned live show activities in support of the album, which started earlier this year and will run through the summer, including what should be a triumphant debut at Germany’s Keep It True Festival on April 27, which also is the same day in which “East Of Sun” will be released via Cruz Del Sur Music. 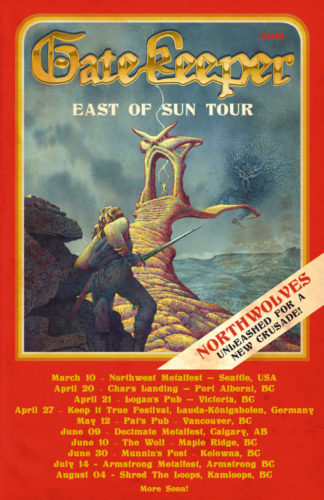 The anticipation for GATEKEEPER’s first full-length album “East Of Sun” grows by the day, with pre-orders going fast and some limited edition vinyl prints already sold-out. Such a response leads perfectly into the band’s planned live show activities in support of the album, which started earlier this year and will run through the summer, including what should be a triumphant debut at Germany’s Keep It True Festival on April 27, which also is the same day in which “East Of Sun” will be released via Cruz Del Sur Music.

Comments guitarist/founding member Geoff Blackwell: “Two of our members have played Keep It True in the past, but for me, this will be new territory and I’m extremely excited, needless to say. The Keep It True crowd is legendary in our niche so it’s hard not to have big expectations for the weekend. We want to get people moving, get them talking and we want to meet as many cool people as possible and make a bunch of new friends and fond memories. It’s gonna be great!

“We are going to bring our A-game to that stage, just like we do every night,” he continues. “GATEKEEPER puts on a high-energy performance and the past two years of regular gigging have turned the band into a tightly wound, well-oiled heavy metal machine.”

GATEKEEPER should be heading into Keep It True and additional live shows with plenty of momentum based on the early response to “East Of Sun”. The album, adorned with artwork from renowned British artist Duncan Storr (DARK FOREST, SKYCLAD), is being recognized as the veritable epic metal statement that it is, made all the more special considering GATEKEEPER was started as nothing more than a simple home studio project by Blackwell.

“It’s been a pleasant surprise to have this much early buzz and positive support,” he says. “The first day of pre-orders left us completely stunned and I’m very happy with the response to our music video for ‘Blade Of Cimmeria’. I can’t wait to reveal the other cool things we’ve got in store for everyone. We still have a few weeks before the album is out and we are almost completely sold out of pre-order LPs, so I’d suggest folks snap those up really quick!”