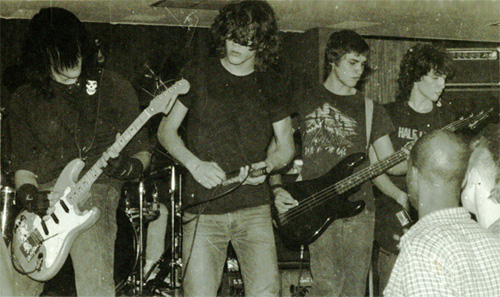 Check out Uk’s UBERROCK webmagazine since Anthony Allen Van Hoek did an amazing interview with Mike Scalzi not only talking about SLOUGH FEG and their latest Cruz del Sur Music album “The Animal Spirits”: this guy met Scalzi back in the day when SLOUGH FEG still had to be formed, and put together a band with him… Heart of Darkness!! We are talking about prehistory of American Heavy Metal and you have to read this interviews, at least to see some great vintage Scalzi’s pictures when he was only 16!!

In the words of Anthony Allen Van Hoek, “I grew up in Central Pennsylvania in a college town. There weren’t that many of us like-minded “underground culture” types around so most of us knew each other. If you saw a guy wearing a Minor Threat t-shirt (or anything else remotely “punk”) you’d talk to him and sometimes form a band with him. Such was the case with myself and Mike Scalzi. I believe we were both 16 when we formed a band together. It was his first and my second (I had a pretty generic hardcore band called Positive Hate prior to that)”

If you want to know more about the time Mike moved to San Francisco, the birth of SLOUGH FEG and much more metal archives material, you better check this interview now!! Very great reading material!! 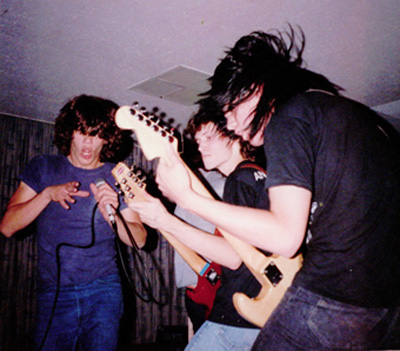 We also take the chance to remind you all that SLOUGH FEG latest album, “The Animal Spirits” European CD edition is available at our store!! One of the most innovative, pristine sounding FEG albums to date, as confirmed by recent press galore: 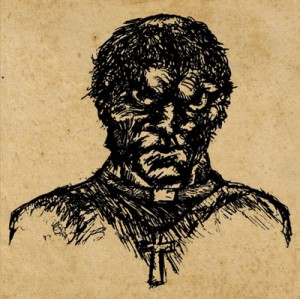 “Bursting with major-scale chord changes, Celtic-folk influences, and vocal lines that make the tautological adjective “sing-song” suddenly useful, the band’s music is resolutely unlike anything you’ve ever heard before. Some of the heavy metal staples are present – the acrobatic drumming and soaring, dual-guitar harmonies, for example – but that’s where the easy descriptions end.” San Francisco Bay Guardian Online

“The Animal Spirits feels even. It’s stylistically diverse, with some Maiden-esque rippers, some robust ballads, some hard rock numbers, and an Allman Brothers-esque instrumental. But these all feel lean and muscular, thanks to a beautiful recording by Justin Weis, who also recorded Ludicra’s last two records and Agalloch’s new one. The dry, hard-hitting sound recalls Jack Endino’s work with High on Fire and 3 Inches of Blood” Invisible Oranges.com