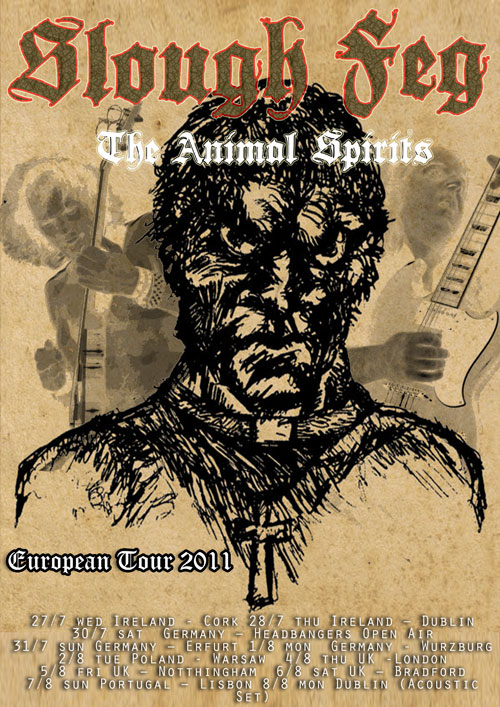 We are finally proud to announce the final schedule for SLOUGH FEG’s “The Animal Spirits” European Tour 2011.  The band will play 10 more shows around their participation slot to the Headbangers Open Air 2011 across 5 European countries. The band will play Poland and Portugal for the first time ever in their career. We would like to thank all the promoters, venues and friends who helped making this tour a reality, against the odds of the unfavorable Summer season… The final tour schedule is announced below:

We encourage all the interested fans in the areas to get in touch with us and be redirected to the local promoters in order to help with street team and promotion. Interested press may also get in touch to schedule interview slots… thanks for the cooperation, and see you out there supporting the European return of mighty SLOUGH FEG!!