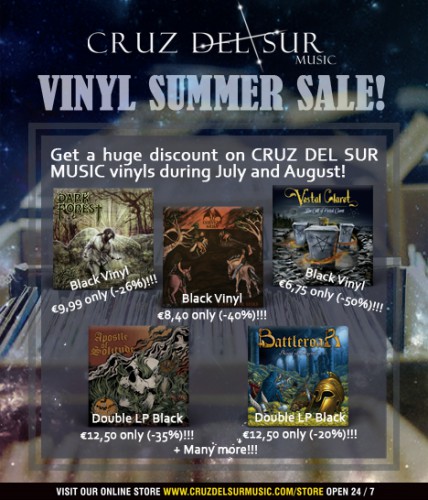 RAFF shares the story of dozens of other young, hopeful bands that entered the florid but unorganized Italian metal scene of the 1980s. A scene fondly remembered for its quality and creativity, but also for its chronic lack of opportunities if compared to other foreign countries where metal was flourishing at the time. The situation mirrored the bleak Italian recording industry, one unable to understand the potential of rock and metal “Made in Italy”, even if it came to punch the executives in their faces.

Truth be told, it’s even sadder to consider that RAFF were the only Italian band able tokeep at par with the explosive energy of other contemporary British Heavy Metal stalwarts. RAFF in fact had above average technical skills, and a great level of professionalism for such a young band.

As illustrated perfectly by Giovanni Loria in the liner notes accompanying this vinyl edition,  the vicissitudes of RAFF’s early career brought them to publish only an EP in 1985, after which the band swayed in limbo, until their official break up came in 1987. END_OF_DOCUMENT_TOKEN_TO_BE_REPLACED