Magister Templi is pleased to announce that every digital purchase of their new album “Into Duat” on Bandcamp will give access to the exclusive download of band’s own show at the Up the Hammers Festival 2015.

The 35-min high-quality audio file has been produced directly from Festival’s mixing board, with no over dubs of any sort.

To collect this bonus, simply order “Into Duat” in digital format through Cruz Del Sur Music’s bandcamp page. You will then receive a download code on shortly notice.

“Into Duat” has been released Sept 4 in Europe and Sept 18 in compact disc and digital, receiving a warm feedback from fans and media. The vinyl version will be released on Oct 2, pre-orders are open on our store, shipments will begin on Sept 28!

MAGISTER TEMPLI will be on tour across Europe with CHRISTIAN MISTRESS starting from Oct 2. Full tour details on www.facebook.com/cruzdelsurmusic

Virginia’s epic doom metal combo WHILE HEAVEN WEPT have this week put the finishing touches on their massive upcoming live album “Triumph:Tragedy:Transcendence – Live At The Hammer Of Doom Festival” to be released via Cruz DelSur Music on November 8th, 2010 as a CD/DVD set. 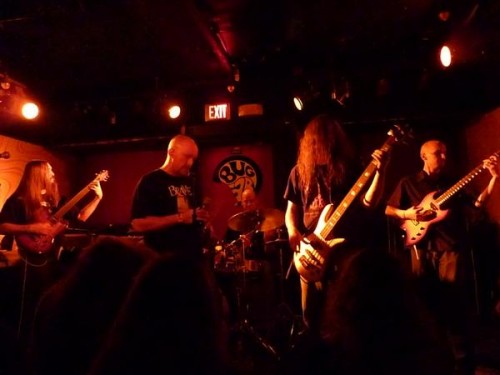 Virginia’s epic doom metal combo WHILE HEAVEN WEPT have this week put the finishing touches on their massive upcoming live album “Triumph:Tragedy:Transcendence – Live At The Hammer Of Doom Festival” to be released via Cruz DelSur Music on November 8th, 2010 as a CD/DVD set.

Streetclip TV in Germany are editing the DVD, and based upon the rough draft version, in the words of frontman Tom Phillips “It’s going to turn out absolutely amazing considering the number of cameras involved as well as the very musically-inclined filming”. END_OF_DOCUMENT_TOKEN_TO_BE_REPLACED