GRENDEL’S SŸSTER came together in 2015 when drummer Till, guitarist Tobi and vocalist Kathi held impromptu jam sessions in a little house nestled in the Vosges Mountains region of France. The gatherings revealed immediate chemistry between the musicians, making the decision to write and compose original material a foregone conclusion. Kathi would depart after the release of the 2017 “Night Sea Journey/Sayings Of The High One” single. Taking her place was Caro, whose first appearance was on the “Orphic Gold Leaves/Orphische Goldblättchen” EP in 2018. Next up was the “Myrtle Wreath / Myrtenkranz” EP, which eventually caught the attention of Cruz Del Sur Music.

“Of course, I knew the label due to a host of absolutely stellar bands like SMOULDER, SLOUGH FEG, ATLANTEAN KODEX, LUNAR SHADOW and IRON GRIFFIN,” says Tobi. “So, it was quite a pleasant surprise when Enrico [Leccese] contacted us. It’s almost a little surreal, I have to admit.”

Drawing from a wide array of influences including IRON MAIDEN, MANOWAR, WARLORD and LORDIAN GUARD, all the way to folk artists such as SVANEVIT, TRIAKEL, PLANXTY, THE WATERSONS, ZUPFGEIGENHANSEL, KEBNEKAJSE and STEELEYE SPAN, GRENDEL’S SŸSTER is unlike anything in today’s metal scene, with each song possessing depth and intrigue while challenging the listener. This is partly owed to what Tobi calls a “third streak of influence” that stretches all the way to renaissance and pre-classical music, including Norwegian baroque guitarist Rolf Lislevand. “I don’t think that we came up with it in an orchestrated manner, it just happened when we threw together our varied influences,” says Tobi. “When it comes to writing songs, it’s simply the kind of thing I would enjoy listening to. I guess I am also kind of influenced by pub sessions, dance events like Bal Folk, or nights at the campfire. The music serves a certain communal purpose and people sing along or dance. I think it is definitely about catchy melodies, but also about an otherworldly atmosphere. Then again, it still simply feels like heavy metal to me, but I have to come to terms with the fact that this might be a minority opinion.”

Activity for GRENDEL’S SŸSTER in 2020 — including new recordings and regular practice sessions — was brought to a halt due to the global pandemic. In keeping with the band’s positive attitude, the members of GRENDEL’S SŸSTER have been able to find a silver lining in the pandemic and look forward to brighter days ahead.

“I read some inspiring books, so I don’t think the time was completely wasted,” notes Tobi. “It really could have been worse for us, all things considered.” 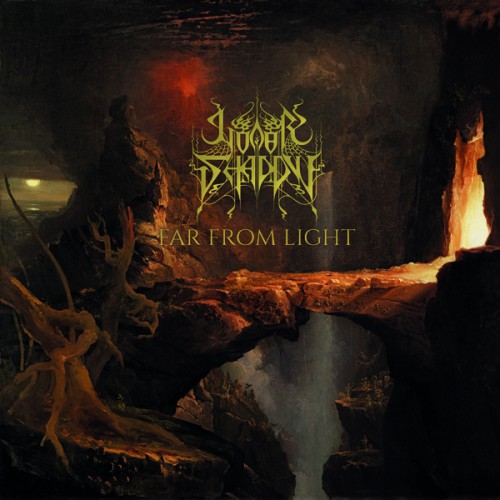