Due to the overwhelming demand, CRUZ DEL SUR MUSIC is proud to announce a second, limited to 300 copies pressing of ATLANTEAN KODEX “The Golden Bough” on vinyl.

Since the first pressing basically sold out in pre-order, a new edition will give all of those who missed out on the first 500 copies another chance to own the epic metal album of year 2010 on black wax.
To preserve the look and spirit of the first edition, the layout will be almost the same. This edition of “The Golden Bough” is going to be a double black vinyl LP (140gr), coming in a high quality heavy gatefold sleeve graced by the incredible artwork by Arnold Böcklin. The main difference between the two editions is that this new pressing will include a full-color 12″ insert with all the lyrics instead of the poster and booklet present in the first edition. 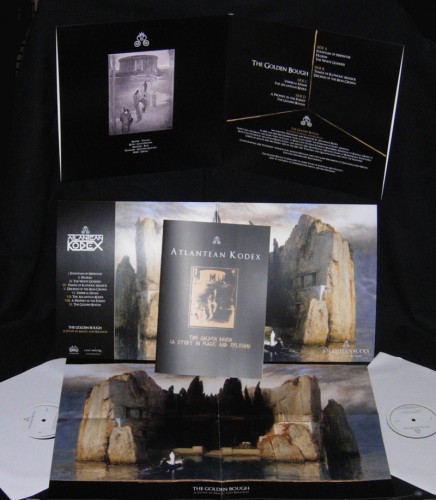 As a small “Thank you” for your overwhelming support of “The Golden Bough”, we will keep the price of this second edition as low as possible: the 2LP set will be available for only 14,00 euros plus shipping.

All the orders will be shipped on the 10th of December 2010… just in time for an epic metallic Christmas!!