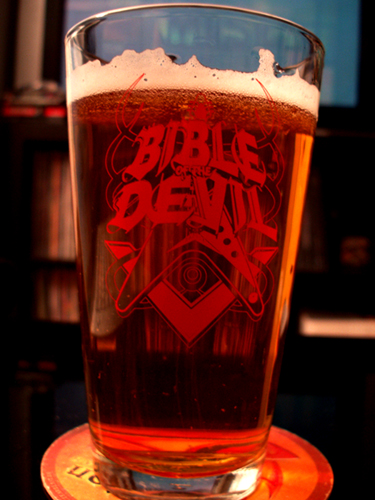 Bible Of The Devil are undeniably the most hardcore touring band on the Cruz Del Sur Music roster. Who still has not had a chance to confront with their punishing live performances, should definitely do so during the upcoming months of 2011. So far, the band only has plans for North American shows. If you are in the area, do not miss the chance to attend one of the following shows.

Besides their unstoppable live activity, Bible of The Devil will be also returning to Phantom Manor studio in January to record new material for two forthcoming 7″ releases.  More details will be available soon.
Saturday, January 29th sees BOTD’s return to the Red Line Tap in Chicago for another edition of METAL UP YOUR TAP.  The lineup is absolutely ferocious and is not to be missed:

For those of you in other parts of the midwest, here is a look at the next few months of shows: